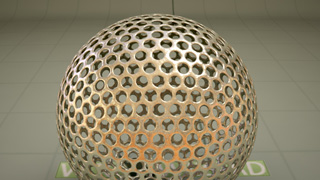 I originally posted this short tutorial in NewTek's forum back in 2007, it's a simple trick but may still be useful.

The goal is to create evenly spaced holes on the surface of a sphere, and to do so as easily as possible.

Finding the loophole (no pun intended)

Holes punched on a mesh should be spaced equally. In figure 1 left we can see there is an underlying hexagonal structure in the mesh.

Fig 1 middle shows an hexagonal pattern, where the central hole is a single point. Fig 1 right shows how Catmull Clark's "extraordinary points" (technical name of those nasty points where many edges converge) resemble exactly the structure we were looking for.

That's the loophole we were looking for! and to exploit it we'll have to do the following: 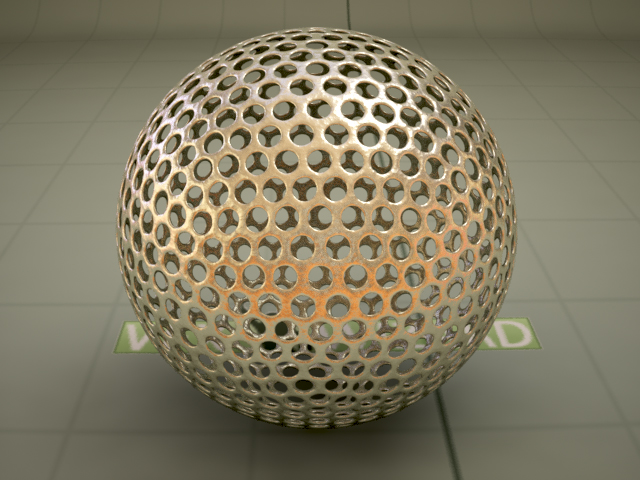 And this is the final result: regular spacing of holes over a spherical surface

I typed the tutorial directly on NewTek's forum, so to add it here, I had to look for the original thread. And I found some more messages that I never read. Among them there was a request about using this method with flat surfaces while keeping the radial distribution of the holes.

Flat surfaces are easy, it's just a matter of arraying hexagons or octagons. Keeping the radial distribution is a bit harder, as there's no loophole here. I'm a bit rusty with modeler, but that's the best way I have found so far:

The number of subdivisions you do in the first step (before hitting Undo) determines how many holes the mesh will have. This method is not as elegant as the one for spherical meshes, but works in practice. I'll recheck it, because there may be an easier way to make this work.

Meanwhile, here's an example of the generated mesh - there are some shading errors because I didn't insert an extra loop while extruding the base. Oh well... 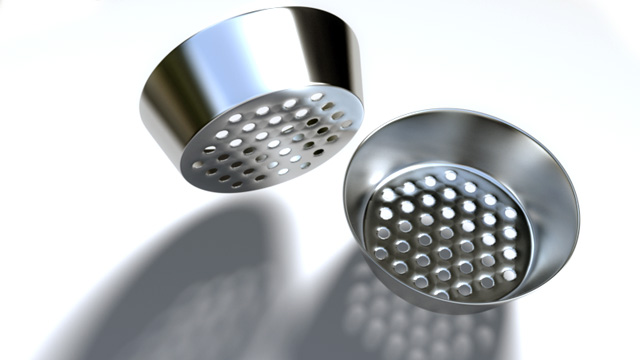