Feelm is a deinterlacer and film look plugin. It was developed in 1998 and released as a commercial color correction After Effects plugin in 2002. Feelm has been the first "film look" plugin and the first advanced de-interlacer. 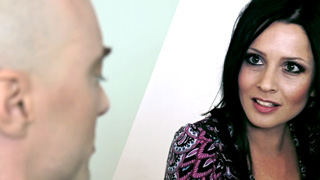 At a glance: what is Feelm?

Feelm is a de-interlacer, de-artifacter and Film Look plugin. Feelm was developed by VFX Wizard srl as an in-house color correction tool to be used with Commotion Pro.

In 2002 a windows-only version of Feelm was released as a commercial plugin for After Effects and compatible hosts.

A new version of Feelm is due for commercial release. It has a much expanded feature set, and will work with After Effects CS5 or higher, including CC, both on Mac and Windows. The following is a short summary of Feelm's toolset in the last version that was publicly released (v1.1, 2003).

One-click analysis and correction of color and contrast

In the example above, the flat greenish background has been brightened by a bloom that wraps around the actors. Again, this is an automatic process, with no need to rotoscope or create masks.

Of course computer-generated color corrections are never perfect, that's why there are many artist-friendly controls that allow to fine tune the resulting image. 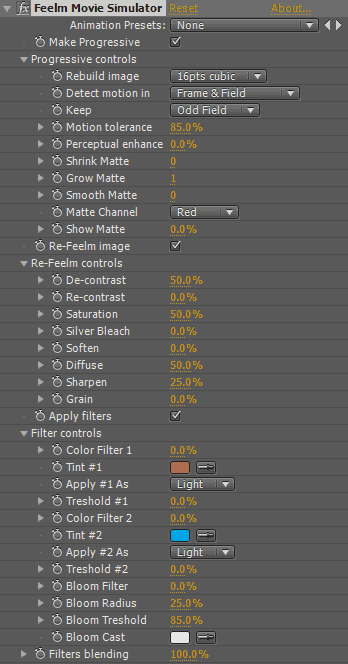 Your opinions and suggestions are always welcome. Feel free to leave a comment. Limited tech support for free content may be provided here. Tech support for premium content is handled with the trouble ticket system in your Dashboard.